News data shows attacks on security guards are becoming more prevalent these days. Check out the links below.

A security guard working at the Family and Social Services building in Gary, Indiana was beaten with a hammer and robbed of a bag containing a handgun.

A security guard in Williamsburg, Virginia, near the campus of William and Mary, was shot after he escorted a man from a restaurant.

A Pontiac, Michigan security guard working at a Salvation Army warehouse was robbed, beaten, tied up and thrown into an industrial trash compactor.

A Houston-area Brinks security guard, David Guzman, was ambushed and fatally shot while loading an ATM.

A man robbed a 7-Eleven store in Jacksonville, Florida while holding a security guard at gunpoint.

In Atlanta, 59-year-old Edmund Garey was shot while sitting inside his security shack at an apartment complex. The shot came from the complex he was protecting.

Security Guard was shot and killed in Phoenix, Arizona. Security guard was on a patrol when he noticed 2 man trying to break into a business building under remodeling.

Working as a security guard isn’t safe anyone can tell you that. Protecting property can be dangerous and it is reported in recent news. Attacks on security guards are increasing.

Security Guard Attacks on the Rise?

Recent data in the news indicates attacks on the security guards are increasing more than ever before. One of the reasons of these attacks is recent police shootings that took place in many states. Or this could just be the results of violent times that we currently live in.

Whatever the true reason might be, attacks against security personal are taking place more often. Take into Consideration events listed above. It all recently took place in the United States of America.

Working as a Security Guard is a risky job. The guards at Silent Protection Security put their lives, health and peace on the line to protect your businesses, property, assets, events, guests, employees and families.

For further information about Professional Security contracts please contact us: 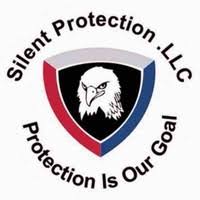